Both Great Britain and Germany planned the construction of new steam engines during the late 1930s – to haul the vast quantities of arms, equipment and supplies that would be produced for a war many now saw as inevitable.

The history of these heavy freight locomotives and their evolution into ‘Austerity’ engines, built using the minimum of materials and labour, is explored by Philip Horton in his new fully illustrated book The Steam Engines of World War II in Europe, published by Silver Link. 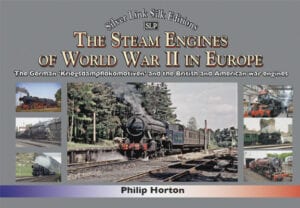 The book also looks at the American freight and tank engines that arrived on British shores in large numbers after the USA joined the war in December 1941, as well as the post-war deployment of all these engines in Britain and across the Continent.

The Steam Engines of World War II In Europe by Philip Horton is available to order for £40.